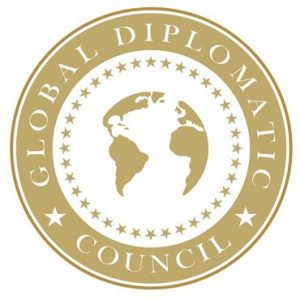 From whatever angle you wish to look at either of these topics, and whatever you may believe to be the cause of them happening, there cannot be any denial anymore that all of these topics are a reality. And yes, most if not all, are very much interlinked. And yes, these topics are just the top of a large iceberg on meltdown and alarm bells are going off constantly and without interruption.

Unbridled consumption patterns have meanwhile gone far beyond the limits of what Planet Earth can continue to deliver whereas a growing and developing world population all want to have a bit more.

Planet Earth will survive, yet the human race will rapidly have to adapt to a new normal and set drastic steps to a sustainable future. Whereas most people have understood that changes are inevitable, there is a lack of any sense of urgency by the vast majority, all waiting for others to move first and show clear leadership.

If ever there has been a greater need for a high-level international diplomacy network, like that offered by the Global Diplomatic Council, with an holistic view, it would be now, as Planet Earth is on fire and speeding towards a meltdown.

Diplomats around the world should gather and use their expertise, no longer to serve only the interest on one single country or region, yet to jointly work first for the survival of the human race, biodiversity and wildlife on Planet Earth.

In the meantime, we will need the experts and brains to cope with the new normal, as even if there will be consensus today, which is a Utopia, it may take decades before we have reached the end of a race to the bottom and find a new stable basis to rebuild from.

It is certainly not yet too late to turn the tide, yet the clock is ticking. There are no golden bullets, so let’s therefore focus on what can be achieved within a reasonable timeframe of one generation.

Expertise and technologies to deal with several of the urgent issues are available; however they are not stimulated, implemented nor enforced.

Let us use and install these proven technologies anywhere on the planet where they are not present today. Let us support the regions that cannot afford it themselves today.

Let us cool down the planet where we can. In the meantime, let us work on a next generation of technologies.

Radical changes in consumption patterns and unbridled (ab)use of resources need to be transformed and for that, holistic views beyond country and regional borders are a must.

Whatever happens on one continent or in one region has an impact on the rest of the world.