The Global Diplomatic Council is a global think and do tank with accreditations and affiliations to many of the world’s international organisations, like the UN, EU and Commonwealth. We link diplomacy, business leaders, science’s leading minds and society’s front-runners on resolving mankind’s biggest challenges.

The multi-stakeholder community that forms the Global Diplomatic Council is a platform dedicated to spearheading our theme of diplomatic, political, entrepreneurial and social responsibilities to proactively shape and impact the global future.

Our world class events platforms, commissions, forums, conferences, roundtables build bridges and channels to engage all the key voices and major actors in international and global affairs together to create tangible and measurable solutions to some of the world’s most challenging issues through foreign policy and international relations. 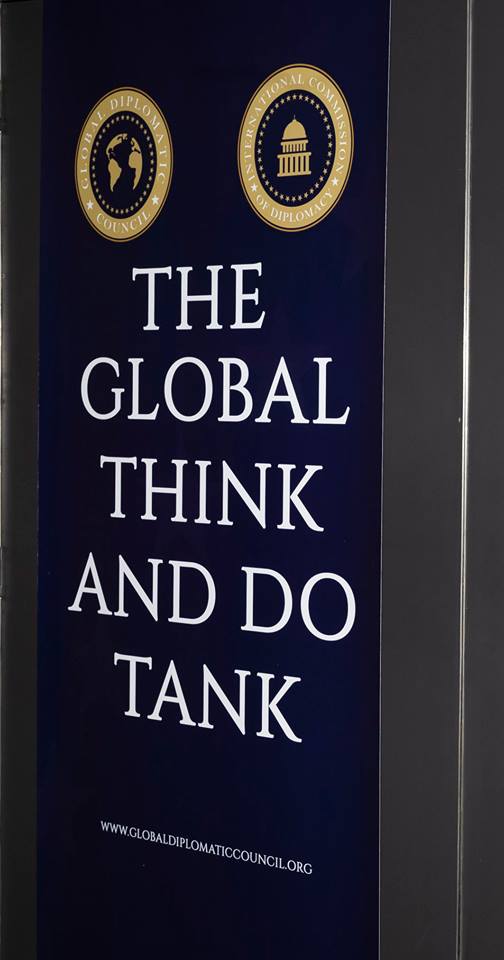 The Global Diplomatic Council (GDC) examines the role of diplomacy in addressing the major problems of global society. It studies the various diplomatic instruments available for this purpose, how they work and discuss the various factors that condition their operation and missions. The Council also examines how these diplomatic instruments are used to address the critical problems facing our world today; and the best sustainable solutions in resolving these global challenges.

Then, once any policy response has been decided in the home country’s capital, we bear major responsibility for implementing it locally, nationally and globally. The International Diplomatic Campaign Ambassadors responsibility of conveying, in the most persuasive way possible, the views of the home government to the governments to which they are accredited and, in doing so, to try to convince those governments to act in ways that suit home country interests. In this way, the International Diplomatic Campaign Ambassadors are part of the beginning and the end of each loop in the continuous process through which foreign policy and diplomacy is made.

We also conduct ongoing research on international, intergovernmental and inter-regional organizations and explore topics such as the work of the United Nations (UN), ASEAN, the World Bank, the European Union (EU), OAS, CARICOM, G8 and G20, the Vatican (Holy See), UNESCO , the League of Arab Nations, the Commonwealth of Nations, and topics such as Social Justice, Economic development and prosperity. International Security and Peacekeeping operations, humanitarian relief, poverty alleviation, public health, women’s rights and the protection of children and youth, education, human rights, environmental protection and climate change and the rule of law Global Diplomatic Council (GDC) also cultivates and manages a favorable world opinion toward a nation or state as its mandate of Diplomacy generally refers to our process of communicating with foreign public officials in an attempt to bring about understanding for its nation’s ideas and ideals, its institutions and culture, as well as its national goals and current policies. By this accord, nation states partake in the most pluralistic organizing institution in the international system. One state can confidently enter into diplomatic relations with another under a shared understanding. With sovereignty mutually recognized, nation states can use diplomacy as the means to achieving political, diplomatic, economic prosperity, social justice and peace.

Dr Rashmi Thakur is a highly motivated and talented international speaker, presenter and organiser with vast experience in beauty pageants and charitable work. She has proven herself to be a strong proponent of women’s rights worldwide and is able to build bridges between cultures and generations bringing humanity closer together. In her newly appointed position in the Global Diplomatic Council she will operate in close cooperation with the President and the Secretary General/Executive Chairman of the GDC to increase women’s empowerment and visibility worldwide and represent the organisation in the Far East/Middle East.

Mr. Nileish Malhotra is an experienced actor, director, producer and international promoter of cultural programs who has starred in Hindi and English feature films under such renowned directors as Sir Richard Attenborough in 'Gandhi', Nicholas Meyer in 'the deceivers' in English, Blondie Singh in Bollywood in English and many more leading roles.

Dr. Shafeeq Shahul Hameed is an internationally renowned human rights advocate who has founded the NHRF and is a member of the international diplomatic corps.

Farouk Khailann is a young African entrepreneur who is the CEO of Premium Africa Holdings and was named by the West Africa Leadership Development Centre as one of the top ten emerging leaders in West Africa.

Prof. Dr. Edward Roy Krishnan is a highly experienced and qualified educator with numerous publications and multiple books to his credit. His passion for improving people’s mental health and his dedication to education make him a popular and engaging teacher as well as a frequently invited speaker at many high-level events. 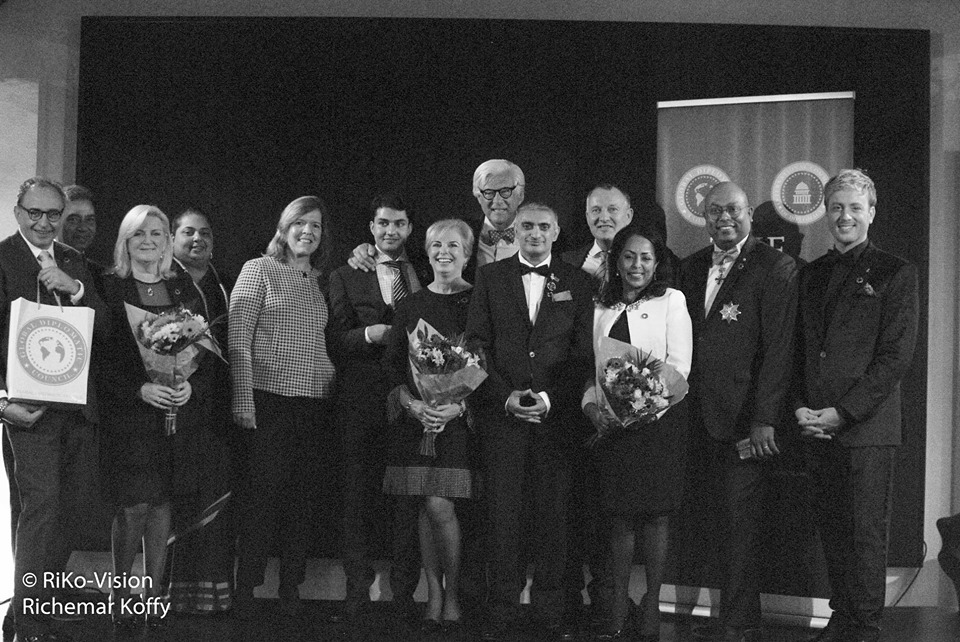